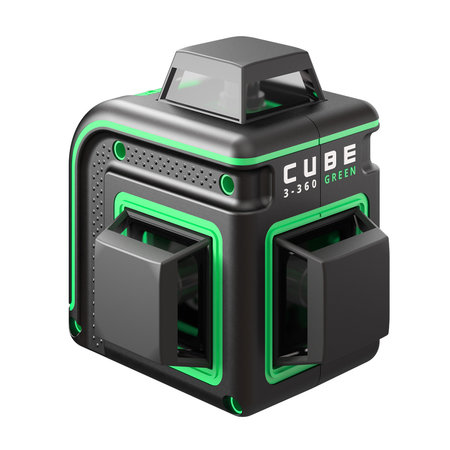 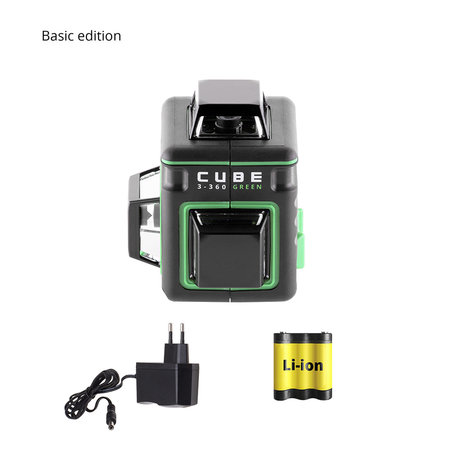 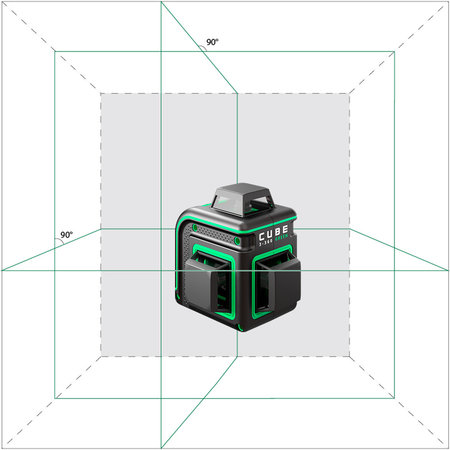 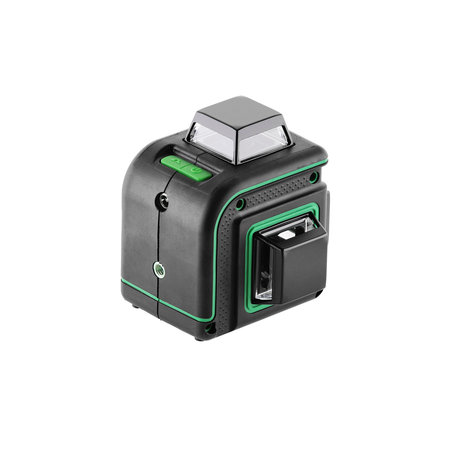 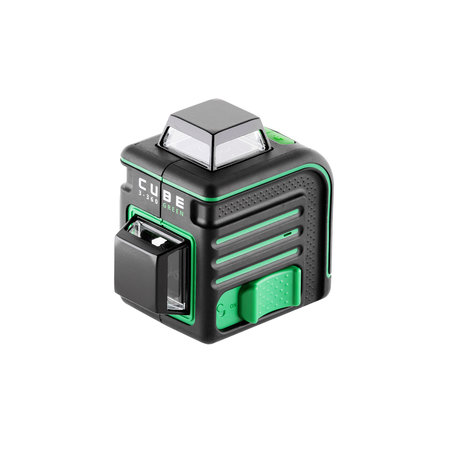 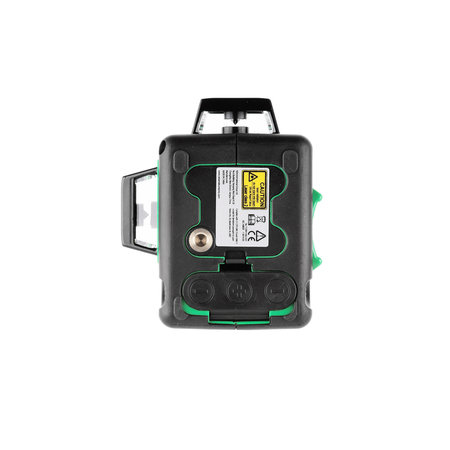 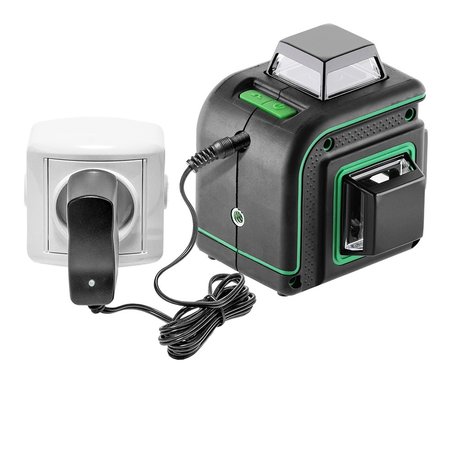 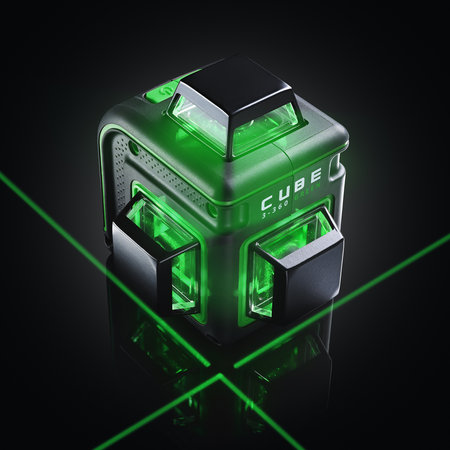 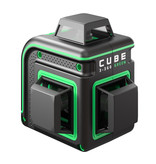 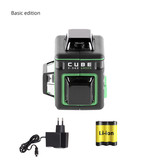 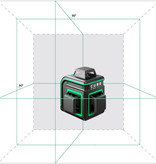 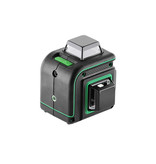 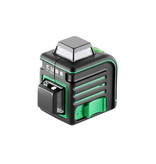 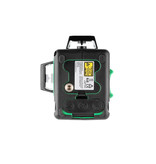 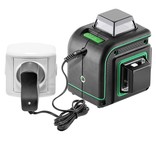 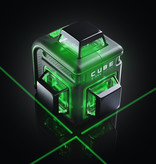 Laser level ADA CUBE 3-360 GREEN is the most compact laser line level that builds 3x360° laser planes. Horizontal and vertical beams are projected by 360° due to the special emitter. Three mutually perpendicular laser planes allow you to to easily mark out any type of surface area. Ideal for construction or repair work both for interior and exterior applications.

Convenient laser marking. Laser level projects three laser planes: one horizontal and two vertical lines. Scan angle of all lines is 360°. Beam for laser marking is visible in any dot. There is no need to rotate a tool. Just place ADA CUBE 3-360 GREEN at desired height. Intersecting laser beams at a 90° from one another when switching on vertical lines. Very convenient when aligning walls and angles between walls. Laser lines can be turned off one-by-one, leaving only those that are necessary for the operation.

Attachement options. The ADA Cube 3-360 GREEN can be attached to a wall mount or a tripod with the help of the thread ¼’’. One thread is located on the back side of the tool, another one – on the bottom.

Detector mode. Use detector mode when operating in bright light, outside. Working range increases from 40 to 70 m. LR-60G 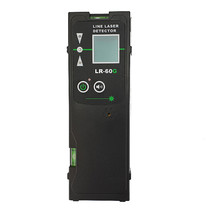 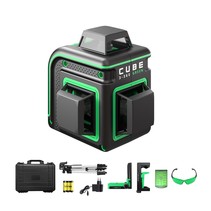 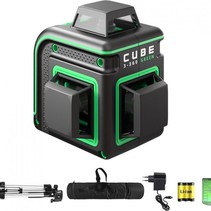