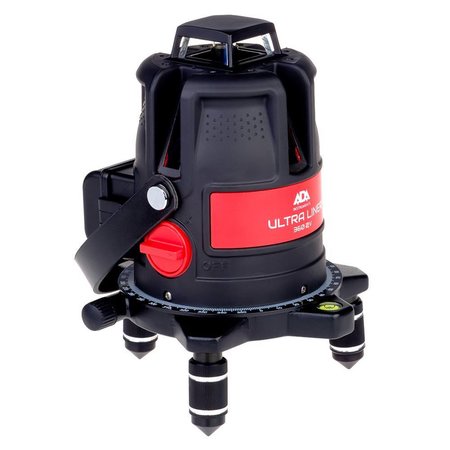 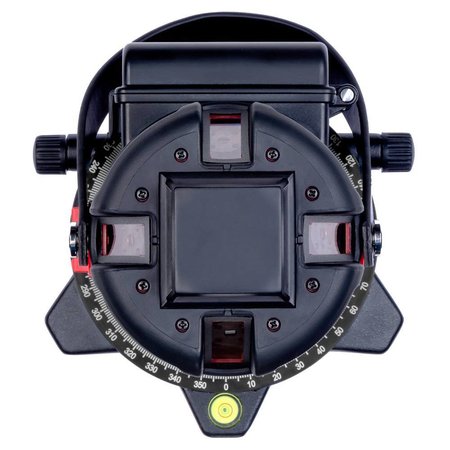 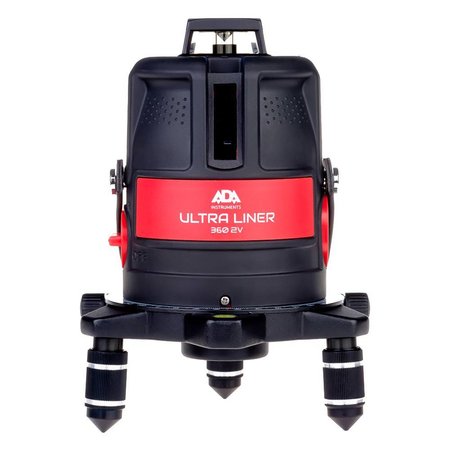 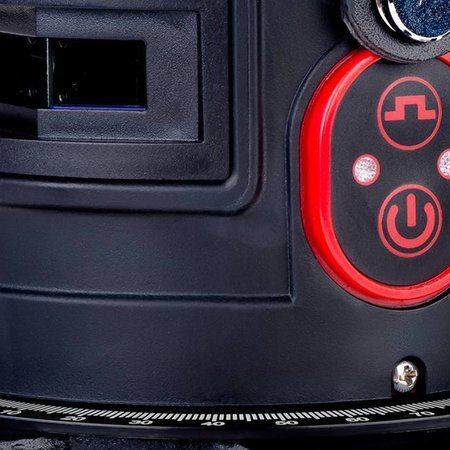 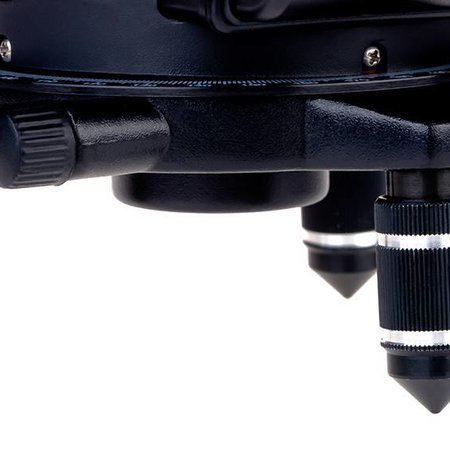 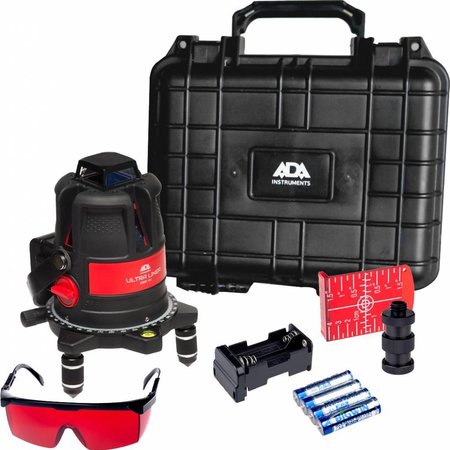 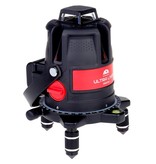 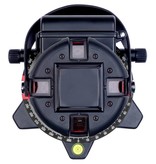 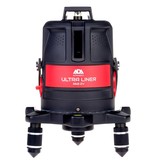 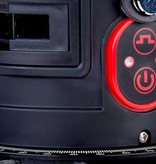 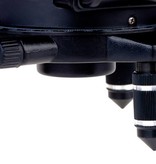 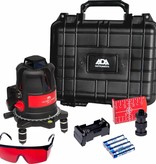 Laser level ADA ULTRALiner 360 2V/4V – is a laser level for professional usage in the construction and repair. Special emitter projects 360° horizontal beam. Four emitters project additionally perpendicular vertical planes. It is ideal instrument during construction and repair works when paving tile laying or other coating, wallpapering and so on.

Setting on the tripod. It is possible to place ADA ULTRALiner 360 2V/4V on the tripod or attach to the wall mount due to the thread 5/8".

Shockproof housing. The whole housing of . ADA ULTRALiner 360 2V/4V is protected from all sides. Rubber parts protect the instrument against damages during falls and hits.